Tarun Mehta, CEO of Ather, claimed that Indian Original Equipment manufacturers (OEMs) are leading the world in the Electric vehicle (EV) sector in the most invested portfolio.

Influencing his followers, Mehta, on Nov.27, said in his tweet, "Across OEMs alone, there will be 5000 people in product development. One of the largest IP portfolios in recent years and the highest $$ invested globally." 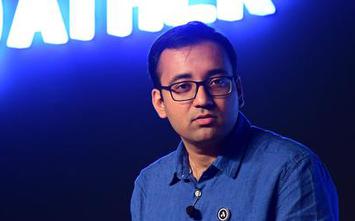 According to the website of India Briefing, The EV industry can raise a 100% FDI. As the government of India's various policies to reduce carbon footprint and promote EVs, multiple laws have been passed. They are making overall sales of 2-wheeler EVs in India to be 277,910 in April-September 2022. A 404 percent increase from the same period last year. In the first half of the fiscal year 2022-23, 18,142 electric cars were sold, registering a 268 percent growth.

Some netizens strongly agree with the founder in the comment section, while some seemed confused. Questioning the claim, Twitter users also asked about the status of China on the same. Meanwhile, some questions also demanded attention on battery technologies present in India.

Recently, the demand for Ather scooters has increased significantly. To meet these demands, Ather has also announced the opening of its second manufacturing unit in Hosur, Tamil Nadu.

The future of India's renewable energy sector will demand $200 billion, a study by TVF revealed. The study also showed that the renewable energy sector is the most prominent sector with the highest possibility of innovation. The amount required in this unit will be the second largest share in the funding of pushing climate technology. Specifically, Electric transportation will demand $180 billion, which will be 17.8 percent of total investment in climate technology.

We have included the Top 5 Highest Range Electric Two-wheelers in India that provide a range of more than 200 km in this post.

President of India announces EV-YATRA Portal on national energy conservation day 14 December 2022, in this blog you are also provided with the website of BEE to access EV YATRA Portal

We Founder circle, invest another $4 million in Oben Electric.